Critical conditions for the climate

Earth’s climate is close to several tipping points where development becomes irreversible, with enormous consequences for our living conditions. Now researchers are pinning their hopes on a different kind of threshold points – which can make us quickly change behavior.

A child slowly tries to pull himself down a slide. At some point, it will be too late to move up again – the child will end up at the bottom no matter how hard they go.

This is roughly how tipping points, or threshold points, work for the climate: At a certain increase in temperature, important Earth systems can tip over into a new state, where the change continues whatever we do.

In many cases, these are systems that regulate our living conditions on Earth:

Ice sheets in Greenland and West Antarctica that when they melt cause sea levels to rise by several meters. Important Atlantic currents that when disrupted contribute to more extreme weather and drought. Thawed permafrost that can emit as much greenhouse gases as the whole of Europe in a year – and further fuel warming, to name a few examples.

Does it feel pitch black? Perhaps. But the research on tipping points also provides a glimmer of light: it’s about the social equivalents of climate threshold points. How small changes in norms can cause us to “tip over” into new patterns of behavior, which can lead to rapid emission reductions.

More on that later. First, more of the night black: even at today’s level of warming – just over 1.1 degrees above pre-industrial levels – we are at risk of five tipping points. This was recently shown by a study in the journal Science that for the first time analyzed at which temperature rises different tipping points can be triggered.

The harsh message of scientists is that we are already beyond “a safe zone” for the Earth’s climate.

“Even if we manage to stop warming now, for example, the ice in Greenland and West Antarctica could continue to melt irreversibly,” says David Armstrong McKay, a researcher at the Stockholm Resilience Centre.

He is the lead author of the study where an international research team reviewed over 200 scientific articles in the field. The bottom line is that there are 16 tipping points, where the effects can fully take effect in anything from a decade to a few thousand years.

The study strongly supports the Paris Agreement’s more ambitious goal – to limit warming to .5 degrees – instead of the lower-set goal of two degrees, when, according to the researchers, we can pass through further serious tipping points.

But with the climate promises made so far by the countries of the world, humanity is rather steering towards two to three degrees of warming, according to the climate action tracker research group.

Does it feel resigned? Some researchers warn precisely that the concept of tipping points, which gives the picture of impending changes of no return, can lead to apathy rather than causing us to act to curb emissions.

– That’s why it’s important to emphasize when we talk about how bad things are, that it’s not too late.

The researchers behind the new analysis are also clear that we can still reduce the risk of the most serious tipping points for the climate and that every tenth of a degree makes a difference.

The concept of tipping points has also been criticized for giving the impression that the change occurs abruptly when in most cases it is about a temperature range where the change accelerates sharply.

Gustaf Hugelius takes his own research area – the thawing permafrost – as an example. There is no clear degree number where we can say that all permafrost thaws, but with around 1.5 degrees of warming it occurs on large areas, from Alaska and Canada to Siberia and northern Sweden.

So which tipping point should we be most concerned about?

Opinions differ, but the one that Gustaf Hugelius calls “the scariest” concerns the ice sheet in West Antarctica.

“Some models indicate that we will soon pass a point where the melting gives six to nine meters of sea level rise. Even if it happens in a few hundred years’ time, it means enormous changes in the living conditions of many people. For example, important areas of productive agricultural land in parts of Africa and Asia would be under water. What happens when it is no longer possible to produce food there? This can lead to conflicts you don’t even want to think about,” says Gustaf Hugelius.

Large parts of Skåne, Blekinge and Stockholm also end up under water in that scenario, he notes.

Now for the glimmer of light.

“Our best — and possibly last — hope.” This is how the social tipping points were named during the opening speech of a recent research conference on the theme of tipping points at the University of British Exeter. It dealt with the tipping points of both climate and social norms.

The idea is that small “nudges” on our behavior, through, for example, financial incentives, can lead to rapid behavioral changes that reduce our emissions, explains David Armstrong McKay who attended the conference.

One example is when electric cars with the help of taxes and subsidies became cheaper than gasoline cars in Norway and quickly took the lead in terms of sales.

Research is underway, among other things, on how to identify areas where we are close to a social tipping point and how we can be tempted to tip over. But the approach has also attracted criticism, among other things because those in power can interpret it as meaning that only small changes are needed to bring about a major climate change.

David Armstrong McKay also sees that risk, but still believes social tipping points are worth investigating. Not least to bring about lifestyle changes that he believes are needed.

– To make it more normalized not to fly, to eat more vegetarian or to drive less car, for example, this can become important.

A tipping point is a way of describing system shifts associated with changes in climate. When a temperature threshold is crossed, it triggers a change that upsets the equilibrium to such an extent that it continues even if global warming were to stop.

In its latest report, the UN’s Intergovernmental Panel on Climate Change (IPCC) has drawn attention to the risk of the phenomenon, but in most cases does not specify at what temperatures these can be triggered.

Sources: Science, Stockholm University, and others.

Five tipping points are at risk with today’s temperature rise of just over 1.1 degrees, according to the new study in Science:

Large-scale and abrupt thawing of the permafrost.

Collapse of the great ocean current in the Labrador Sea in the North Atlantic.

Mass death of coral reefs of the tropics.

If the temperature rises by 2.6 degrees compared to pre-industrial levels, which the forecasts point towards, it is considered either “likely” or “possible” that we will pass 13 tipping points.

Sources: Science and others. 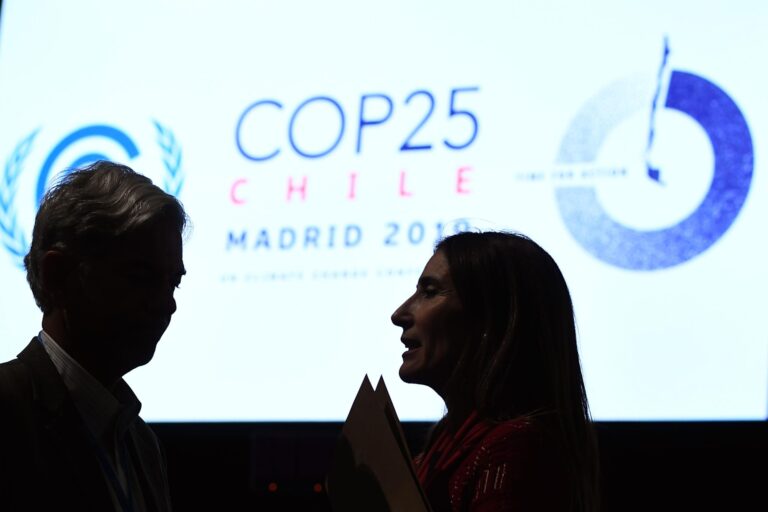 “The sea is the solution to the entire climate issue. If we do not get it, then we have lost the opportunity to deal with the climate issue”, says environmental lawyer Lena Gipperth…
Text: Fanny Jönsson
Photo: OSCAR DEL POZO / AFP / TT 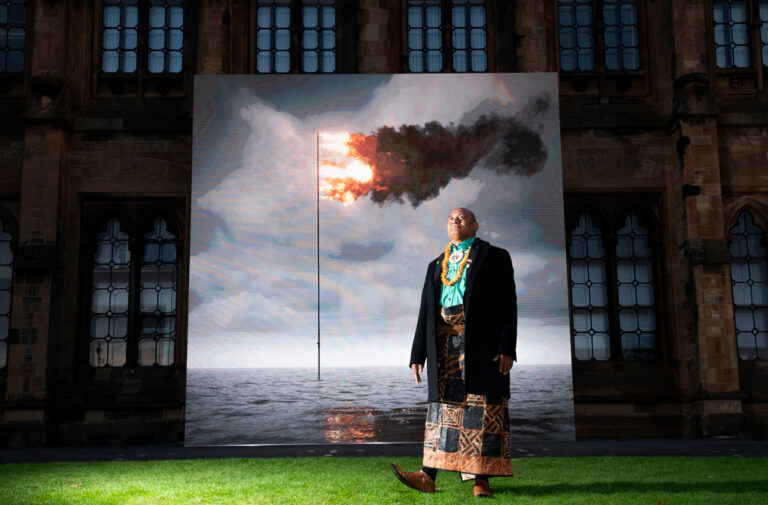 “The sea is our everything – and it burns”

At the forefront of climate change is Tonga – an island nation in the Pacific Ocean where rising sea levels, warmer waters and tropical cyclones pose an increasing threat. “The sea is everything to us. But it’s on fire,” the country’s delegate Uili Lousi told TT [Tidningarnas Telegrambyra] at the climate summit…
Text: Sofia Eriksson/TT
Photo: Jane Barlow/PA/AP/TT, Karen Setten/NTB, Sofia Eriksson/TT
05:31

“Gliders” in Antarctica for the future

For the first time, we will now find out what happens during the winter, with carbon dioxide uptake and salinity and thus get more accurate data to put into different climate models to get more accurate predictions about the future…
Reportage: Lena Scherman
Photo: Simon Stanford
UV Photo: Göran Ehlmé, Johan Candert
Editor: Alexandre Gobatti Ramos