Food on the table, or flour for animals?

Nothing is tastier than freshly fried herring, rolled in coarse rye flour. This is an undeniable
fact. Anyone who thinks otherwise is wrong.

Boiled cod with horseradish is another culinary treat. Or smoked whitefish, or stewed perch, or… there’s so much good seafood, and it’s healthy too. But my fetish for fish has been disturbed in adulthood by alarming reports of depletion and toxins. My beloved Baltic cod is endangered and can no longer be caught, not even with my simple dart. My herring and herring have long been considered to have excessive levels of dioxin, although fortunately levels are falling.

Globally, fish is a vital source of protein for billions of people. But the oceans are being sucked into ever greater depths by huge industrial trawlers, and in many waters the fish are running out. It is replaced by farmed fish, mainly from China. More than half of the fish consumed in the world comes from fish farms, not least Norwegian ones. The debate on the environmental impact of crops is heating up. One third of all fish killed are thrown overboard or rot before reaching the consumer; one in three fish caught is killed unnecessarily.

Swedish fishing has provided us with good and nutritious food since time immemorial. The historic role of professional fishermen has been to ensure that we consumers have been able to buy fresh fish comfortably all year round, even in bad weather. Both in everyday life and on festive occasions, fish has had a central place on the Swedish dinner table.

But today, fishing is not carried out as it was fifty years ago. The very concept of “fishing” has taken on a broader meaning than catching human food. It’s more about making the most money from marine life in the shortest possible time, regardless of where the catch ends up. The only “fishing boats” that seem to have a future today are giant, high-tech industrial vessels. In 2019, 127 million kilos of Swedish fish were used as animal feed, mainly herring and sprat, but also small cod.

Last spring I went with the trawler VY 242 Vestland from Ronehamn on Gotland. The ship is owned and operated by the brothers Roland and Bertil Pettersson. When they ran out of cod, they took the bold step of taking out a bank loan, buying an old East German boat, refurbishing it and starting large-scale fishing. Vestland is half the size of the giant industrial fishing vessels from Gothenburg, which completely dominate Swedish fishing. They ensure that 75%, three out of four fish caught, are ground into fishmeal, which is fed to farmed Norwegian salmon and caged mink. The biggest flour mills are in Denmark, where they say they have a technology to clean fishmeal of dioxin before it becomes animal feed.

Vestland can also fish for the flour and salmon factories, but prefers to catch fish that are eaten by humans. When I go with them, we hunt sprat all along the east coast of Gotland. We search for more than twelve hours and finally Roland sees on his instruments that there are large schools of fish on the sandy bottom off Fårö. Probably sprat feeding on zooplankton.

The trawl is pulled for five hours. At three o’clock in the morning we are back in Ronehamn, where there is a factory for receiving the catch. This time, ten tonnes got stuck in the trawl, 270,000 small sprat, which are pumped into the factory through a long, thick hose. But unlike the vast majority of Swedish fish caught, these sprat are not ground into meal. They are frozen in large blocks of ice and become food for people in Estonia and Poland, where, unlike in Sweden, they like to eat it – smoked, in oil. I have tasted it myself, it is delicious! And
useful! If not as fried herring…

Roland Pettersson gives me another tip: every summer he fries herring and sells it as “chips”. He says the product is popular with tourists, but he doesn’t know how the chips could reach a wider circle of consumers. In Sweden, a small volume of spiced sprat is marketed as “anchovy”. Under that name it slips down, why not via a creamy Janssons temptation or on top of a Wienerschnitzel?

More Swedes should eat scorpion fish, where the Baltic, Poles and Russians have something to teach us. The fish then becomes a good and useful source of protein for humans, instead of first being ground down in Denmark and transported to salmon farms in Norway. There are other fish that are good to eat: bream and roach were once common foods in coastal communities. Today, they’re rated, even by me. But I’m prepared to reconsider, if I get a good recipe.

On average, every Swede eats 13 kilos of seafood a year, once or twice a week. The most popular is Norwegian farmed salmon, followed by herring, cod and prawns. Older, highly educated men with high incomes eat the most fish. But one in three Swedes eats neither fish nor seafood. Instead, too many people buy expensive supplements, omega-3 capsules. I’m trying to understand how people can choose artificial capsules over fresh fish.

As a Bleach, I have noticed that in Stockholm schools “fish” is on the menu. It does not say what kind of fish the children are offered, only the indefinite “fish”. How tempting is that? What insight into the wonderful world of fish gastronomy does our growing up family get when school does not show much interest or knowledge? It should be the task of the Public Health Institute to ensure that every child has a chance to taste well-fried, freshly caught herring with mashed potatoes and lingonberries. A human right!

Stickleback explosion in the Baltic Sea

The big stick has become one of the really serious environmental problems in the Baltic Sea…
Text: Martin Widman
Header image: Magnus Eriksson/TT 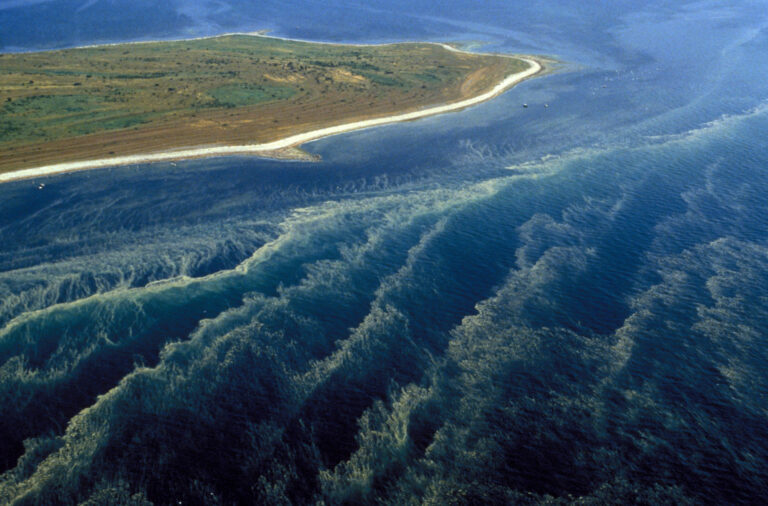 The Baltic Sea is experiencing excessive algal blooms year after year, and levels of phosphorus and nitrogen in the sea remain high. Yet less nutrients are leaking from agriculture and sewage than ever before. How is it connected?…
Text: Martin Widman