Halting recreational fishing of cod in the Baltic Sea

From today, Saturday, all recreational fishing of cod in the Sound and the southern Baltic Sea will be stopped.
” This is when cod spawns and reproduces,” says Gry Sagebakken, an investigator at the Swedish Agency for Marine and Water Management.
In April, a certain, restricted fishery will be allowed again.

The decision on new, even stricter rules for cod fishing in the Baltic Sea was taken during the EU’s fisheries negotiations in October.

There is great concern about cod in the Baltic Sea. The restrictions are deemed necessary to protect the species.

From 15 January to 31 March, recreational fishing of cod in the Sound and the southern Baltic Sea is completely prohibited.

“The idea is that you shouldn’t disturb the game,” Sagebakken says.

From April 1, some recreational fishing will be allowed near the coast. But only within six nautical miles (just over eleven kilometers) of the so-called “baseline”, a kind of border drawn along the outermost capes of the coast and archipelago, where there is one.

You can also only take up a maximum of one cod per day per person, on average. Anyone who fishes once a week can thus take up seven cod then.

– The Coast Guard monitors. But they probably don’t want to tell you about when and how,” says Gry Sagebakken.

It is also not allowed for recreational fishermen to catch cod as a by-catch when fishing for other species. The cod must be put back in the water, whether alive or dead.

The southern Baltic Sea extends, in this context, to a line between Sandhammaren in Skåne and the northern tip of the Danish island of Bornholm. North of that, in Hanö Bay, all cod fishing is already stopped.

“From Öland and northwards, fishing is allowed, but there are practically no cod there,” says Gry Sagebakken.

The restrictions on recreational fishing apply regardless of the gear used.

Commercial fishing for cod in the Baltic Sea is also completely prohibited, but it allows a certain by-catch of the endangered species. 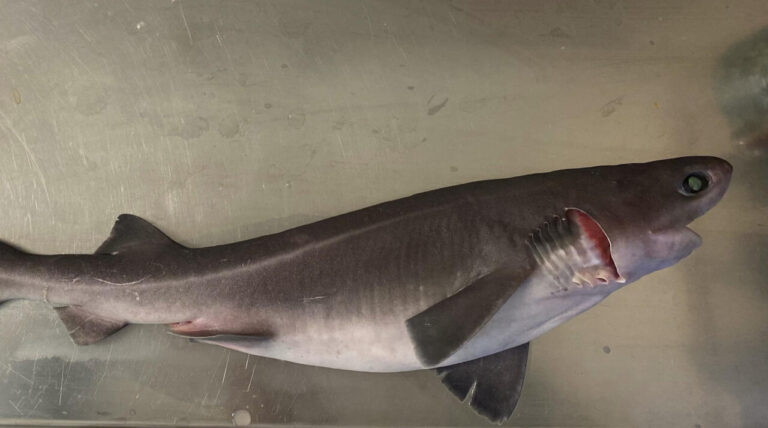 A vessel fishing in the Skagerrak caught a very unusual catch on Monday. The fishermen had caught a shark that none of them recognized. It finally turned out to be a bluntnose sixgill shark…
Text: TT Nyhetsbyrå
Photo: ANDERS WERNBO/@BOHUSPHOTO 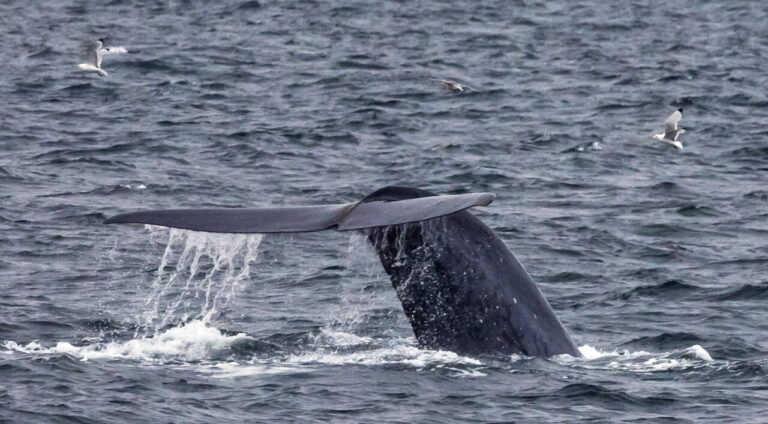 Blue whales ingest up to 10 million pieces of microplastics per day, according to estimates in a study. This suggests that the pollution poses a greater danger to the world’s largest animals than previously thought…
Text: TT Nyhetsbyrån
Photo: Jan-Morten Bjørnbakk/NTB/TT Arkivbild
04:09