For the first time this year, both harbor and grey seals will be hunted under licence. 730 harbor seals may be killed during two hunting seasons, according to the Swedish Environmental Protection Agency.

There are 500 harbour seals in Västra Götaland, 200 in Halland and 30 in parts of Skåne.

In addition, 2,000 grey seals, which have been subject to licensed hunting since 2020, may be hunted in all counties with a Baltic Sea coastline.

– Both licensed hunting and protection hunting are important tools in wildlife management that can be used in slightly different situations. Now, for the first time, we have the opportunity to introduce licensed hunting of both grey and harp seals, which means that hunting can be conducted over a larger area for a longer period of time, says Hanna Ek, Deputy Head of Unit at the Swedish Environmental Protection Agency, to TT.

Protective hunting is primarily conducted against single individuals and in a limited area. Licensed hunting, in turn, can take place over a wider area and for a longer period of time.

The main objective is to prevent the damage caused by seals to commercial and recreational fishing.

Seals in the tens of thousands

In this year’s decision on licence hunting, the Swedish Environmental Protection Agency writes that the number of grey seals is now estimated at between 50,000 and 67,000, and the number of harp seals at 24,000.

Populations far exceed the 10,000 individuals of each species, which is the lower reference value for favourable conservation status under the Helsinki Convention on the Protection of the Marine Environment of the Baltic Sea Area.

TT: Can hunting quotas increase in the future?

– If the number of seals killed is about to hit the ceiling before the end of the hunting season, we’ll have to take a position on it then, but today it’s not an issue,” says Hanna Ek.

On 1 February this year, for the first time ever, licensed hunting of harbor seals was made possible by an amendment to the Hunting Ordinance. A temporary equivalent change for grey seals was made in 2019 and is now made permanent.

This year’s licensed hunt for harp and grey seals will start on 20 April and run until 20 May, before resuming in September and June respectively and continuing until the beginning of 2023.

From 1 May to 15 January 2023, there will also be a protection hunt for harbour seals, also known as ringed seals, where 400 animals can be killed.

During the last two years of licensed hunting of grey seals, about half of the quota of 2,000 seals has been killed.

The following hunting seasons apply for each species: 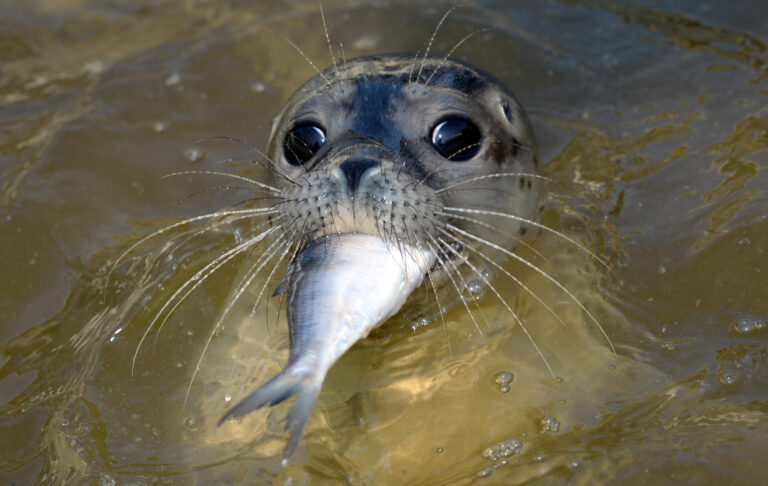 Seals should be scared from lake

Researchers will try to get a seal away from Mörrumsån in Blekinge, where it is feared to disturb the salmon, with a new seal scare that emits sounds underwater…
Text: TT
Photo: Daniel Reinhardt/TT