Buried toxins could leach into unique aquatic environments if the industrial company is allowed to follow through on its construction plans at Idefjorden, according to several appeals. Plans for dredging and blasting at the Swedish-Norwegian border have now been paused for at least six months.

The Norwegian city of Halden is located on the Idefjorden which forms the border between Sweden and Norway. Emissions from, among other things, the paper industry on the Norwegian side long polluted the water in the fjord, but since extensive measures were taken in the 1980s, life has begun to thrive again in the area.

In Halden there is a factory belonging to the French engineering company Nexans, which manufactures cables. In September this year, Nexans received permission to renovate and expand the industrial port so that larger vessels can dock at the quayside. But the plans have now been paused for at least six months after appeals from, among others, the Swedish Environmental Protection Agency, the Swedish Society for Nature Conservation and the County Administrative Board of Västra Götaland.

Idefjorden is a so-called threshold fjord. This means that it has areas at the mouth of the fjord that are significantly shallower than the water further in. This leads to the fact that the water flows in a special way and creates conditions for a unique underwater environment in the deeper areas. In the fjord there is a rich selection of nudibranchs, crustaceans, anemones and sponges. On the Swedish side of the border, Idefjorden is a Natura 2000 area, and at the fjord begins Kosterhavet National Park (Sweden’s only marine national park) and Ytre Hvaler National Park.

Several of the actors who have appealed the plans mention that not only the fjord itself, but also the species-rich sea outside, can be negatively affected if you proceed with blasting and dredging. It is feared that toxins and heavy metals from the old industries will be released from the bottom where they are buried.

Norwegian organizations have also filed appeals against the plans. Naturvernforbundet in Halden questions, among other things, why samples have not been taken deeper than 20 centimeters down to the bottom.

“We must be absolutely sure that surprises do not appear that could be disastrous for the environment,” the association writes.

Residents of the area are worried

In addition to this, residents in the area have submitted complaints. “The business and the now planned expansion as described, affect our common and scenic local environment and of course also our fjord and its outlet in all our seas,” write residents on the Swedish side of the border and continue:

“As a very young child, we bathed happily in a fresh fjord and for a few years we have been back in the beneficial water. Now with a unique nude snail found next door.” The writer is referring to the snail Bohuslania Matsmichaeli that has not been observed anywhere else on the planet.

According to an article in Halden Arbeiderblad , Nexans is prevented from starting any work before appeals have been heard, but still plans to complete the work.

“A delay of six months will of course have consequences for our plans, but we have confidence that the State Administration’s original decision was correct and that the matter will be resolved as quickly as possible,” Nexans’ communications director Kristin Hessen told the newspaper.

The Deep Sea Reporter will follow the development of events and report when new decisions have been made.

Warmer Seas: Corals are the whistle blowers of the sea 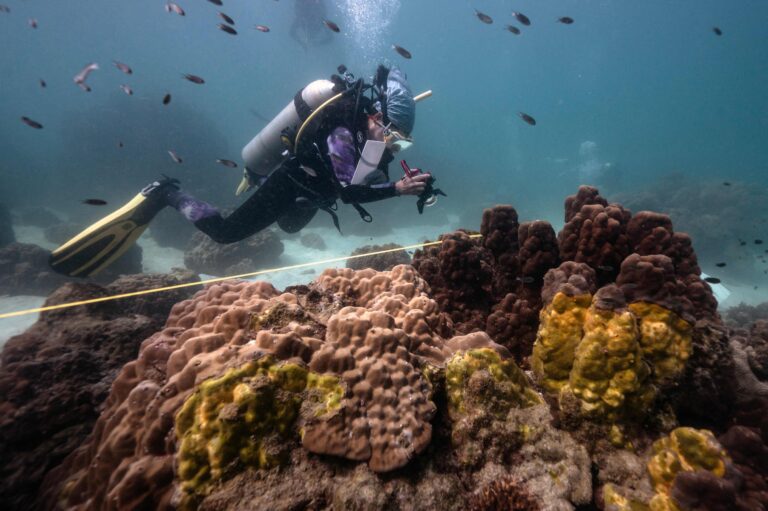 Coral Reefs in Thailand are Yellowing and Dying

Microplastics pollute even the most protected areas of our ocean