In Holstebro, Denmark’s richest fisherman, Henning Kjeldsen, is charged with swindling fishing quotas worth DKK 232 million. In Elsinore, fisherman and sole proprietor Søren Jacobsen hopes that a new food label will give the crisis-hit coastal fishing a boost. The two are the opposites of a fishing industry with very large differences in economic conditions.

Henning Kjeldsen, owner of S 349 Gitte Henning, Denmark’s largest fishing vessel, is known as the “quota king”. In the words of the Danish business press, he has built his fortune on hard work and daring initiatives. Danish legal and crime reporters rather refer to him as successful because of questionable, and possibly illegal, methods. Trade in individually transferable quotas (ITQs) was introduced in Denmark 14 years ago. The system has contributed to quotas and capital being concentrated on fewer and fewer vessels and thus fewer hands and bank accounts. According to police and prosecutors, Henning Kjeldsen has broken the law by deploying family members and friends as frontmen or “keepers” for quotas that he should not be entitled to, but genuinely controls. Criminal or cunning? The district court’s ruling is expected this summer. In any case, it has been profitable. Henning Kjeldsen is estimated to have fished and traded his way to a fortune of DKK 1.5 – 2.3 billion. Søren Jacobsen, the skipper of H4 Regina in Elsinore, is chairman of the Association for Gentle Coastal Fishing with about 70 member vessels. The association’s members also have catch quotas but are linked to conditions such as that the vessels must not be larger than 17 meters, the fishing trips must be no more than 48 hours and the fish must be caught with gentle gear such as nets, longlines, willows and gills, bottom gillnets, russets and pots. The use of this type of gear entitles them to increased catch quotas.

If Henning Kjeldsen and Søren Jacobsen represent two opposites in Danish fishing, they share to some extent the uncertainty that is common to the entire industry; the 717 vessel members and 1195 individual members of the umbrella organisation Danmarks Fiskeriforening Producent Organisation (DFPO). The uncertainty can be summed up in two words: Brexit and COVID-19, in addition to the always recurring discussion about sustainability and overfishing. A final fishing result of the UK’s exit from the EU may not come until 2026 when the agreements concluded fully enter into force, but the DFPO estimates that they have so far cost Danish fishermen DKK 200 million. “We are looking down a very large hole of uncertainty,” says Ole Lundberg Larsen, Sub-Director of the DFPO. The reasons are several. Danish fishermen have not only lost quotas in the North Sea but also in Norwegian waters following tripartite negotiations between the UK, the EU and Norway. In those negotiations, the EU, now without the UK, had fewer cards to play with. To compensate the fishing industry after Brexit, EU countries have set aside a “Brexit reserve” in the EU’s multi-year budget totalling SEK 50 billion (EUR 5 billion). In a first phase, Denmark will be awarded DKK 1.8 million, but how that compensation will be distributed in Denmark has not yet been decided. “It can be anything between one and three years, before we know what the Brexit reserve means for us,” says Ole Lundberg Larsen. In addition to reduced quotas in British and Norwegian waters, the Danish fishing industry is reacting to the ban on bottom fishing on Dogger’s banks announced by the British government in early February. “The ban came completely unexpectedly after the final negotiations on Brexit. We see it as an unfriendly act that we do not understand,” says Anne Mette Bæk, director of Marine Ingredients Denmark, the trade association for fishmeal and fish oil producers.

Lack of raw material for the fishmeal industry

The organization’s member companies have an annual turnover of just over DKK 3 billion, including both as imported fish. 65% of the landing value of sand eel and 92% of the value of the cod Norway pout has so far come from British waters. Reduced catch quotas, and the trawl ban on Dogger’s banks, mean that the Danish fishmeal and fish oil industry will have problems with fish supplies. Another factor comes into play, but with the opposite signs: As part of the restriction of Corona, the Danish government last autumn took a drastic decision to euthanize more than 15 million – fish-eating – minks, in practice a culling of fur animal breeding. It has been an industry with billions in revenue. The decision was made in haste at the prospect that Danish mink farms would develop into reservoirs for virus mutations; a feared Wuhan in Europe. Possibly those fears were exaggerated. In any case, the decision was taken hastily and rather uneasily without a legal basis, it would turn out. The burial of the culled minks was also hastily carried out without further thought, with the risk of contamination of soil and watercourses. Six months later, millions of minks are dug up again to be definitively destroyed in waste incineration furnaces. The lawlessness has subsequently triggered compensation payments to mink breeders of almost DKK 19 billion. A commission is now investigating whether the government not only acted without legal support but actually also violated the Danish constitution’s wording on private property rights.

Mogens Jensen, minister for food and fisheries, among other things, was forced to resign, although he himself was probably unaware of the euthanasia decision. The actual originator or woman of the decision is not identified, yet. The final political backlogs remain to be paid for by the Social Democratic government. For Danish industrial fishing, the mink cull in return came as a relief. “There is a better supply of raw materials for the products we sell to aquaculture companies where demand is high, not least from the Norwegian fish farmers,” says Anne Mette Bæk at Marine Ingredients Denmark. The explanation is that the mink has been fed a mixture of offal, fish residues and whole fresh fish unlike the farmed fish that receive feed based on fishmeal and fish oil. Thomas Wenzel Kruse, chief consultant for the Danish fishing industry and industry representative in Brussels, confirms that description. “The mink cull is not a problem I’ve heard of for fishing, at least it hasn’t landed on my table,” he says. On the other hand, the general Corona restrictions in Europe have cast an economic shadow over Danish fishing. “The restrictions on travel, closed hotels and restaurants have affected exports, but also domestic demand,” says Ole Lundberg Larsen, DFPO.

In addition to Covid restrictions that have dampened growth and employment globally, and Brexit, the consequences of which Danish fishermen share with colleagues and competitors in other EU countries, Danish fishing is characterized by the ever-recurring discussion about what is responsible fishing and who ignores what reality looks like, biologists or fishermen. Anne Mette Bæk, Marine Ingredients Denmark, talks about “bad advice” for sand eels and sprat. By poor advice, she believes that the International Council for the Exploration of the Sea (ICES) has more than halved the recommended quotas for the 2021-2022 season. “We feel that ICES is increasingly based on mathematical models and less on reports on how fishing is going,” she says. Conversely, there is no shortage of voices warning of predatory driving, overfishing, and outright cheating with control measures. The Netflix film Seaspiracy is a current, but also a criticized, example. https://www.dr.dk/nyheder/viden/natur/den-skinbarlige-sandhed-eller-loegn-paa-loegn-vi-har-tjekket-om-netflix

A little bit in the shadow of the big players with the big money at stake, the Association for Gentle Coastal Fishing works and argues for a different and more small-scale fishing. “We stand for the fishing that by far the largest part of the population stands for, a fishery that preserves and does not destroy the sea’s resources,” says chairman Søren Jacobsen in Helsingør. He points to his own catching area, the Sound, as a following example. Thanks to a trawl ban introduced as early as 1932 for the sake of the frequent traffic through the Strait, there is a viable local cod stock. Now he and other coastal fishermen hope that a new brand NaturSkånsom (gentle with Danish spelling) will create attention and increase the demand for fish caught locally with gear that minimizes by-catches and damage to the seabed. The badge – a stylised fingerprint with a fish in the middle and an official state crown on top – was introduced on April 21 this year. It is aimed at households and restaurants with an interest in fish and how the fish is caught. Søren Jacobsen believes that coastal fishing is about where the organic farmers were 18 – 20 years ago; unknown, seen by the outside world with a mild indulgence and with niche products aimed at a limited market. “But look at the importance of the Ø label – the official Danish ecology label – today, which is where we coastal fishermen are headed,” says Søren Jacobsen.

Those in power are held accountable

The trial of Jacobsen’s opposite, quota king Henning Kjeldsen, is perhaps also a sign of changing times. The Danish National Audit Office has previously harshly criticized the authorities’ inadequate control of quotas and paid financial contributions, but without any major consequences. Kjeldsen’s defense attorney now claims that his client has complied with current regulations and has acted with the full knowledge of the authorities. It is an argument that is noticed and discussed in the association Levande Hav, an organization that gathers practitioners and academics with an interest in the sea and the marine environment in a broad sense. Should Hennings Kjeldsen’s arguments convince the district court in Holstebro, it may mean an acquittal of himself, but in return lead to Danish authorities and former ministers being in focus. The trial of the quota king Kjeldsen may therefore not just be the end of a controversial practice. It could also be the beginning of a broader discussion about the conditions and future of Danish fishing.

A person has now been served with suspicion of a violation of the Fisheries Act after over a hundred spiny sharks and rays were dumped...
Text: Lena Scherman
UW-photo: Tobias Dahlin
Fishing
SharksLysekilSharkDeathsDeeseareporter 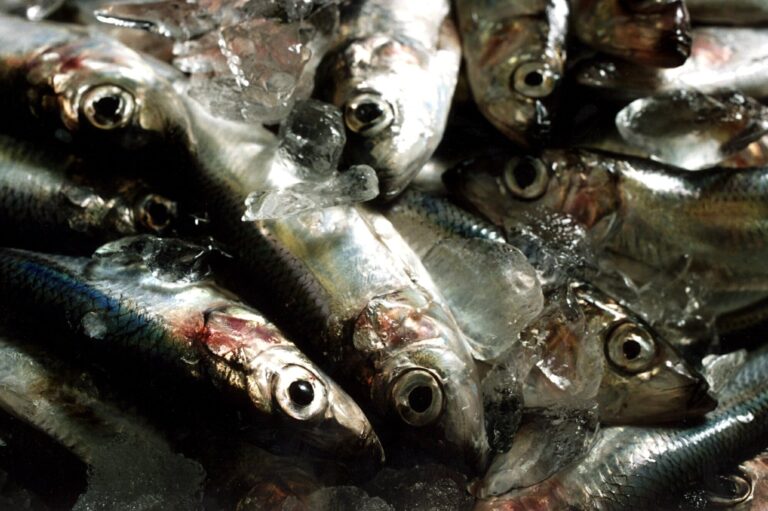 Small-scale coastal fishermen in the Baltic Sea have been warning for many years that the availability of herring and herring is declining. The Swedish Agency...
Text: TT
Photo: Jurek Holzer/TT
Fishing
fishingBaltic SeaHerring 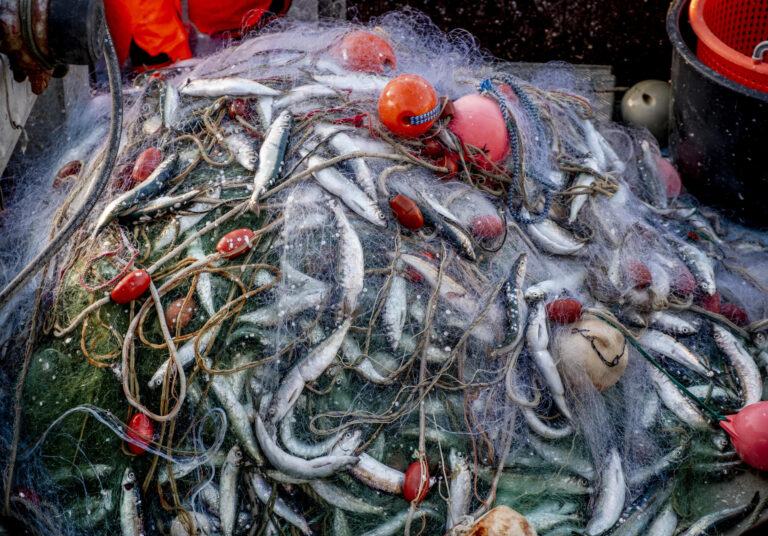 MP: Introduce a total ban on trawling in the Baltic Sea