“The hungry animal saw me as food,” says researcher and filmmaker Lars-Öivind Knutsen.

I speak to him when he has been taken to hospital in Iceland after a nightly horror experience during a film expedition in Greenland. Together with photographers Göran Ehlmé and Simon Stanford, Knutsen is shooting a documentary film about walruses in eastern Greenland. They work on behalf of Deep Sea Productions.

“We went to bed for a good night’s sleep, in the warm weather I had left a small opening in the window. At four o’clock I woke up with a bang, and looked up at a polar bear’s head staring down at me. I yelled loudly. At first the bear withdrew – but then came in like a projectile with its entire torso and bit my hand, my thumb badly wounded. The bear tried to pull me with him, I screamed and tried to hit the 300 kg heavy animal with my free hand.

Goran Ehlmé had been awakened in an adjoining room and came rushing with a broom which he threw at the bear. It then retreated out the window. Simon Stanford fired a signal gun to scare away the polar bear, which then lurched away.

“We have a couple of sharp-loaded pods, but we are not allowed to use them except in life-threatening situations. The polar bear is protected.

Late on Tuesday, we receive reports that the bear has again tried to enter the expedition’s house.

“That bear has to be shot,” Öivind says. It’s far more aggressive than other polar bears I’ve met.

Lars-Öivind Knutsen has extensive experience of polar bears. He wrote his doctoral thesis on the animals during an extended stay in Canada. Knutsen talks about how unusually high temperatures, above 20 degrees Celsius, have broken up the ice even outside northernmost Greenland. Without ice, bears cannot catch their favorite food, seals, and are therefore forced to wander or swim along the coast south. On that route is Deep Sea Productions’ expedition base, at the Danish military station Daneborg.

Knutsen and his colleagues are on site to film walruses and at the same time document the effects of climate warming.

“People in other parts of the world can’t imagine the dramatic changes that are now happening up here,” Knutsen says. The temperature is on average 5-6 degrees above normal and the effects are extreme. In the long run, this will affect the entire Earth.

Knutsen was flown to Iceland for medical attention. He had to follow a research plane, which happened to be in place. An Icelandic doctor noted that parts of the hand were badly damaged, but that Lars-Öivind Knutsen could be fully recovered. He has decided to return to his colleagues, despite the polar bear threat.

Simon Stanford and Göran Ehlmé are also determined to stay and complete the expedition, which involves documenting the life of walruses, below and above the surface. The film will be shown on Sveriges Television.

We will update the development of events as soon as we receive new information.

Before the walrus meeting

The journey of the guillemot

For a few weeks in late June and early July, thousands of baby birds jump from the cliffs of Stora Karlsö – before they have learned to fly…
Reportage: Fanny Jönsson
Photo: Leif Eiranson
Editor: Daniel Hedström 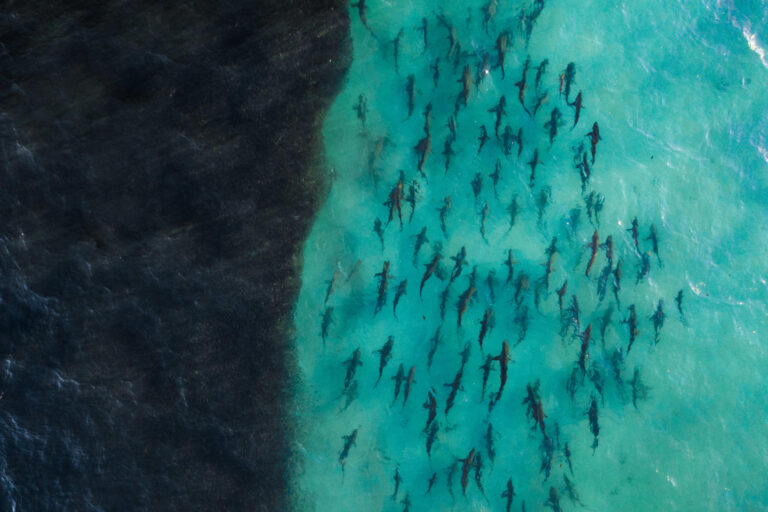 The battle for the kingdom of humpback whales

Ningaloo off the west coast of Australia is a unique coral reef. It is earth’s largest riparian reef and one of the few places where you can swim with both humpback whales and whale sharks. But now the sanctuary of wildlife is under threat…
Text: Ulrika Eriksson
Stills: Tom Cannon, Alex Kydd, Samantha Reynolds, Blue Media
Video photo: Anouska Freedman, Alanah Kilner, John Totterdell, Oceanwise Australia
Editor: Peter Löfgren