Who owns the sea?

“The sea is owned by everyone and no one. While many claim the right to the sea’s resources, no one today takes ultimate responsibility for the sea.”

As a child, I loved to sit on our dock and fantasize about future sailing trips. For me, the sea was as infinite as space. There were no limits, only freedom and adventure. I thought.

But humans have long built walls and fences in the sea too. In the 18th century, a nation was considered to have the right to control the water as far out from the coast as a cannonball could be fired. Then as now, the sea and its riches are the cause of war and conflict.

On the surface of the sea, I could daydream and go wherever I wanted. Like my big, strong grandfather Donald, who crossed the seven seas. And then never really settled on land. He spent the last years of his life alone on a lighthouse ship.

The coast of Blekinge is my origin. Being able to see the horizon from an early age broadens perspectives. Creates thoughts about where we come from. My sea was a way out into the world, but also an endless source of wealth. Spiritual and physical. That meta was a good part of life.

The sea was mine. And everyone’s. Borderless. I wanted to believe. But when I began to study history, I found that the talk of fishing as free and the sea as boundless has never been true.

Over the centuries, powerful maritime nations have wanted to call the seas “free”. He who ruled the oceans also ruled the world. But today it’s less about armies and naval battles. From the 20th century onwards, the battle is to grab as much of the riches beneath the surface as possible: oil, gas – and fish. But how do you draw boundaries in the sea? And who owns the fish?

This issue has led to wars in Europe in modern times. Britain and Iceland fought several “cod wars” between 1948 and 1976. Iceland extended its economic zone, without prior international negotiations. British fishing boats had their trawls cut off by Icelandic coast guards, prompting the London government to send warships. The conflict led to armed violence. Iceland threatened to leave NATO. This caused the British to succumb and withdraw.

Today, the UK is involved in a new fisheries conflict. After leaving the EU, member states are denied access to large parts of British waters. The battle for fish in our oceans is intensifying with depletion.

Since 1994, there has been an international “constitution” that regulates who has the right to the resources of the sea, including fisheries. The Convention on the Law of the Sea shows how wealth should be shared among the world’s nations. With rights also come obligations, such as protecting the marine environment from pollution and exploitation:
“This convention…will promote the peaceful uses of the seas and oceans, the equitable and efficient utilization of their resources, the conservation of their living resources, and the study, protection and preservation of the marine environment,” (United Nations convention on the law of the sea)

I find it difficult to reconcile the Convention’s fine words with the way life around Sweden’s coasts has been mistreated. Swedish fisheries management is a sad story, before and after EU accession. Since Sweden joined the Community, we cannot decide for ourselves how fishing should
along our coasts. The question Who owns the fish? has been responded to by the EU with a quota system: the EU member states compromise on quotas for all fish species, which are distributed among the countries’ fishermen. Quotas have almost always been set higher than the scientific advice of ICES, the International Council for the Exploration of the Sea. EU politicians have been allocating unsustainable fish quotas for decades. The Baltic cod as we know it has been fished to the brink of extinction.

The EU definition of “who owns the fish?” has meant that the fishing industry has always been a priority. But this is the result of short-term thinking: when the fish run out, the nutrients die too. This awareness is shared by everyone who has fished small-scale in a limited area for generations.

The powers that be should have long been aware of where their promotion of large-scale and maximum fish harvesting leads. Or do they not read the investigations they themselves appoint? In the 2003 report of the Marine Environment Commission, the analysis is crystal clear:

The sea is owned by everyone and no one. While many
claiming the right to the sea’s resources, no one today takes it
ultimate responsibility for the sea. The industries that use
have considered themselves to have self-evident rights, but not
sufficient obligations to protect the marine
ecosystems. There is a lack of overall responsibility
internationally and nationally.
—
The fragmentation of marine environmental work is further complicated
of a lack of dialogue and coordination between different
stakeholders, researchers and authorities. Environmental work
is basically about changing and stimulating
human behaviour, which requires extensive
changes in prevailing attitudes.
—
The conclusion of the Marine Environment Commission is that
the environmental situation in our surrounding seas is a
result of the fact that short-term economic interests, in
combined with a lack of understanding of the
complex marine ecosystems, has been allowed to
control the management of the sea. The sea is in large
a victim of the curse of the commons.

The Commission’s analysis seems to have been binned. Or between the chairs? I can draw no other conclusion than that politicians and authorities have allowed the sea to be devastated with their eyes wide open. Or do they lack real influence? In that case, who has the real power over fisheries policy?

The Marine Environment Commission used the term “curse of the commons”, which is derived from the English “Tragedy of the commons“. It was coined in the 19th century to describe what happened when grazing animals were allowed to roam freely on commons. The theory is that no one takes responsibility for the care and management of the common property. Everyone just wants to grab as much as possible, which leads to the destruction of the resource. This could also apply to fish in the sea. Since no one and everyone owns it, you have to catch it first – or someone else will take it.

The notion that the “commons” tends to be neglected can be applied to everything from the atmosphere to fish stocks. But must the commons be overexploited? And are national quota systems for fisheries the only solution?

There are other ways of looking at ownership, people and nature. Elinor Ostrom, Nobel Prize winner in economics, has shown that people can work together to develop natural resources that are owned by all. Through her research, Ostrom is able to establish that decisions on how to manage fish stocks, for example, should be made as close to the users as possible. If the population of a given stretch of coastline is given collective responsibility for fish management, it develops rules that make management economically and ecologically sustainable. Involving people increases their willingness to care for the commons – for their own good and that of their descendants.

I think that if Nobel Laureate Ostrom’s research results were applied to the Baltic Sea, the sea would be divided into smaller sectors. Local coastal fishermen, supported by scientists and authorities, would be responsible for the management of the marine areas they know so well. Local management has proved very successful in large Swedish lakes, such as Hjälmaren and Mälaren. There, pike are abundant, fished sustainably and provide good income for fishermen. This thinking is at odds with EU and Swedish maritime governance. It determines
quotas in Brussels and the majority go to large-scale industrial fishermen from the West Coast. They fish far from their home ports and have no connection to the Baltic coast. Local fishermen claim that “their” fish are almost exterminated by giant Gothenburg trawlers, which is done according to current laws and regulations. While inshore fishing is dying out, high-tech industrial trawling is highly profitable.

The issue of industrial trawls is today the major point of conflict in Swedish fisheries. Communities along the entire east and south coast are calling for restrictions on large-scale fishing. The protests are about preserving traditional culture and local jobs. Who owns the fish? is becoming a hot political issue. In Sweden, Europe and the world.

As a child, I had an idol. The professional fisherman Karl from Stora Hammar, who laid nets from his small boat with a spark plug engine. He taught me how to find the best fishing spots. But also to always carefully release small fish and not to take more than the family could eat.

Sources:
Convention on the Law of the Sea here,
The Marine Environment Commission here
Debate on the trawl limit here 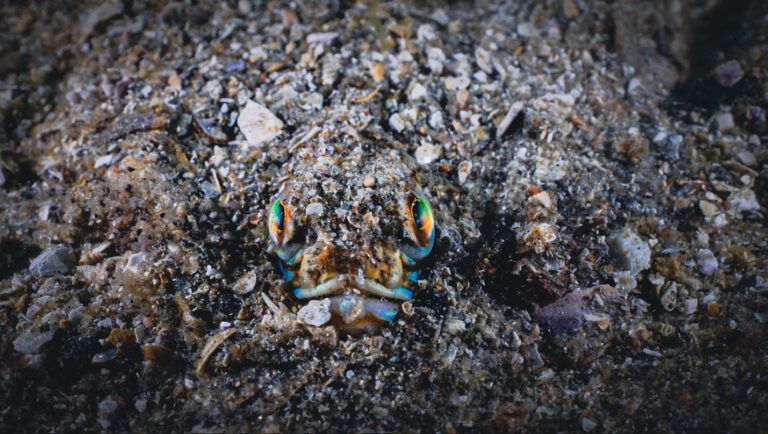 A live fish is better than a dead one

I have just finished a film about the depletion of our oceans. It is frightening to see how people are affected, everywhere, when the fish...
Text: Lena Scherman
Photo: Tobias Dahlin, Johan Candert, Göran Ehlmé
Chronicles
fishingClimateFish poopFiske
11:13

I grew up by the sea and spend every summer in the archipelago. For me, catching fish is natural, on a hook or in a...
Text: Peter Löfgren
Reportage: Johan Candert
Photo: Simon Stanford
UV Photo: Johan Candert
Editor: Daniel Hedström, Alexandre Gobatti Ramos
Chronicles
FishFly-fishingSport fishingSVT 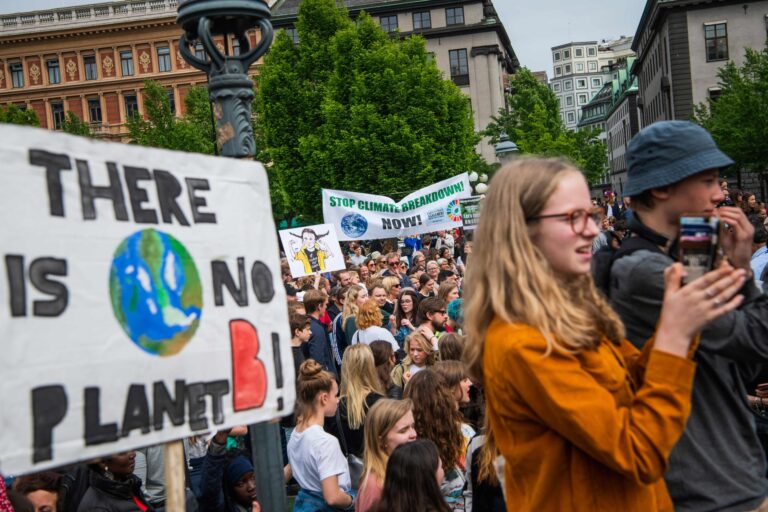 World leaders seem to have too much imagination

World leaders seem to have too much imagination when it comes to the effects of the climate crisis...
Text: Fanny Jönsson
Photo: TT Bildbank/ AFP / Jonathan NACKSTRAND
Chronicles
EnvironmentClimateIPCCCovid-19Chronicle