Large wild felines move unexpectedly through the streets of a South American city of millions. Dolphins swim undisturbed in the otherwise noisy port of Trieste. Thousands of endangered turtles nest on a beach next to a major city on the Indian Ocean. Blue whales and killer whales are sighted just off the coast. The closure of the human world during the 2020 pandemic year has been dramatic and tragic, but it has also had consequences for wildlife that no one could have predicted.

The 2020 pandemic can be seen as a global experiment with unexpected opportunities to study the impact of human activities on wildlife, ecosystems and the marine environment. At least if you’re an incurable optimist. Perhaps this changed existence can also pave the way for a new narrative around the most important question of our time – can the oceans survive? But regardless, it’s a terrible rush,” says Carlos Duarte, a professor of marine science, in an article in Nature magazine.

– We are now discovering that relatively small changes in human behaviour can have a major impact on the survival of ecosystems,” says Carlos Duarte. For example, the decline in both land and sea transport during the spring has had a major impact on the sensitive movement patterns of several species. It’s like there’s a reclaim-the-nature-movement going on.

Carlos tells us about the southern loggerhead turtle, an endangered species in the sea turtle family, which has been spotted by the thousands on an otherwise densely populated beach in India this spring. They have been observed to successfully breed and then swim back out to sea. Just as it always should have been. They have not, as is usually the case, been drawn into the light of speeding cars on the nearby motorway, which is usually a death trap for turtles.

And below the surface, in the world’s oceans where we can’t see what’s going on, animals are moving more freely than before. Shipping traffic is reduced and so is “noise pollution”.

The intention was to meet Professor Carlos Duarte and film an interview, but in this time of social distance, the interview simply had to be done digitally – because the message Carlos and his colleagues have cannot wait for better times. There is an urgent need to save the sea. And it can be done. But then we have to start now.

– Killer whales, blue whales and dolphins have been observed in places where they have long been depressed. Now they are regaining lost ground, and it’s happening fast,” says Carlos with joy and high hopes.

Carlos keeps coming back to the unexpected opportunity that the pandemic has brought. Understanding the relationship between human and other animal behaviour is crucial at a time when more and more species are dying or on the brink of extinction. This year’s reduced mobility, the absence or absence of humans, the involuntary time-out, will reveal aspects of the human/nature relationship that have been impossible to study. Until now.

And it is important to turn this into something positive. An aspect that Carlos and 14 of his research colleagues addressed in another article in the journal Nature earlier this spring. The article, aptly titled “Rebuilding marine life”, can also be seen as a form of appeal. The article draws attention to the rapid resilience of the oceans. If the oceans are left alone from human exploitation, they will return to healthy levels relatively quickly.

Here, it is not without hinting at a couple of different tracks that the researchers want us to follow. At least if you want to join the ranks of the hopeful. The first track concerns the authors’ message about the actions needed to make it possible to save the oceans. The second track concerns the change needed in the way facts and research on the state of the oceans are communicated. But let’s take one thing at a time. We start with the measures needed.

Initially, there is no doubt about the importance of starting now. Not in a little while – but now. The garden can’t wait for better times. There is an urgent need to save the marine environment. But it is possible, i.e. feasible. A recurring call that should be heeded, according to the authors of the article.

The pace of action needed for ocean recovery can be accelerated in many ecosystems. Significant recovery can be achieved within 20 – 30 years. But then the pressures on the oceans, including climate change, must be addressed. Researchers have identified nine fundamental elements that hold the keys to unlocking the doors to restoring marine life. These include: seagrasses, wetlands, mangroves, coral reefs, kelp, oyster beds, fisheries, megafauna (the sea’s population of the largest animals) and the deep sea. In the article, the researchers outline the actions needed in each area, while showing that it is still possible to tackle virtually all disasters on the horizon. But it’s urgent, as I said.

– We have a window right now to restore ecosystems, but if we choose not to, it will be too late,” Carlos says emphatically and energetically, possibly countering the resignation that can come from repeating the same things over and over again. Continuing with the same approach to marine conservation as we have been doing for the past decades will not work, as it is clear that these approaches are not having the desired effect.

Carlos argues that many countries also need to re-evaluate their view of the oceans as a kind of no-man’s land. We must all take responsibility for the common good. We need to build a better framework for sustainable oceans and stop seeing the oceans as a kind of Wild West where it’s easy to grab all the resources,” Carlos continues. When the price tag for the measures is mentioned, it is easy to perceive the amounts as almost astronomical. In round figures, SEK 100 to 200 billion are needed. Annually. For two to three decades. This, in itself, is about what today’s inefficient methods also cost, says Carlos. But what the authors of the article have set out to do is to calculate a better calculation – they argue instead that for every dollar invested in the new ventures, it comes back tenfold. And they prove it with several examples, including: more than a million new jobs, income from ecotourism in protected areas far exceeding income from fishing in the same areas, protection of coastal areas leading to savings for the insurance industry of around 500 billion SEK every year.

How should information, facts and knowledge be communicated? The background to the reflection on this relationship stems largely from the dismay that all reporting on the environment is negative – disasters and constant deterioration dominate.

Carlos says that headlines and articles, in both the daily press and scientific journals, report again and again on the state of the oceans. This rendering creates a pessimistic view of the possibilities for the future of the garden. Specifically, the potential to make a difference to the recovery of the oceans. It becomes a culture of pessimism that also spreads to the public. And this cultural pessimism gets in the way of any evidence of successful and successful research projects and efforts.

Instead, it is about taking the successful trials and extending their impact to large areas. The article is thus full of optimism and an active way of trying to change the narrative.

– If we engage quickly in many areas and scale them up within a ten-year period, we have a chance to restore the previous abundance of marine life and at the same time make the ocean a fully functional ecosystem within 30 years. That is, around 2050. We have the skills and knowledge to restore marine habitats to ensure the whole ecosystem.

That’s no small commitment. But it is to be taken seriously.

So the way forward is to change the fact that very few inform the public about successes. Nor is this communicated within the academic field. Instead, everyone needs to tell us about successful projects that are happening around the world and that often lead to very good results. Only when everyone listens to the new can we show that it is possible to choose a better future.

– It’s hopeful and I’m convinced that this gives us a chance to strengthen our communities,” says Carlos. A message I want to convey.

When asked what the sea means to him, Carlos quickly replies that he has a passion for the sea. He elaborates on this thought by saying that he is attached to the sea in a way that feels like it’s in his DNA.

– But I have also felt that I have failed because many of the marine ecosystems that I have been involved with are now completely gone or virtually destroyed.

It was out of this sense of failure that he began to focus on the small successes that are nevertheless made. And over the past five to seven years, such positive reports have been coming in more systematically, from around the world. Then Carlos decided to switch from pessimism to optimism.

– We all have a moral obligation, including society, to have a global agenda to save the oceans by the end of 2020, says Carlos, despite the pandemic. And he won’t back down. Now is the time to turn the pandemic into something positive – from the perspective of the oceans.

And to return to the effects of the pandemic: what does it mean when humans are not counted as part of the ecology? And what changes in our life patterns can we make to increase the survival of other animals? This year’s shutdown can provide invaluable insights into what actions we should take to conserve global biodiversity and sustain the various ecosystems. And not least, from a strictly human perspective, preventing the transmission of new viruses from animals to humans.

But the shutdown has not only had positive effects. For many wild animals adapting to urban life, the past six months have been as difficult as for trapped humans. Rats, seagulls and some monkeys miss human presence and waste. Elsewhere, in more remote areas, monitoring of threatened animals and plants has declined. Poachers have taken the opportunity to hunt without risk of detection. And there is concern that countries with strained economies will be more likely to increase their exploitation of natural resources to compensate for the loss caused by the pandemic. It’s all about symbiosis, of course. Of course, this is also part of Carlos’ thinking about interaction. But the positive must come first, and he still thinks about what the current situation entails.

– We now have the opportunity to study how best to share the limited space we have on an increasingly overpopulated planet,” says Carlos Duarte.

In conclusion, I feel that Carlos wants to convey that this wondrous year can be seen as a global experiment. An experiment no one wanted and with tragic consequences, but now that it has taken place we should take the opportunity to study the outcome of everything that has happened and the impact it has had on the environment. That’s pretty much how he and a number of internationally renowned scientists argue in another article in the journal Nature.

– The shutdown in much of the western world is providing unexpected opportunities for scientists to study the impact of human activities on wildlife.

– We have a narrow window of opportunity to create a healthy ocean for our grandchildren’s generation,” says Carlos Duarte, himself a recent grandfather. We have the knowledge and the tools to do it,” he concludes hopefully. 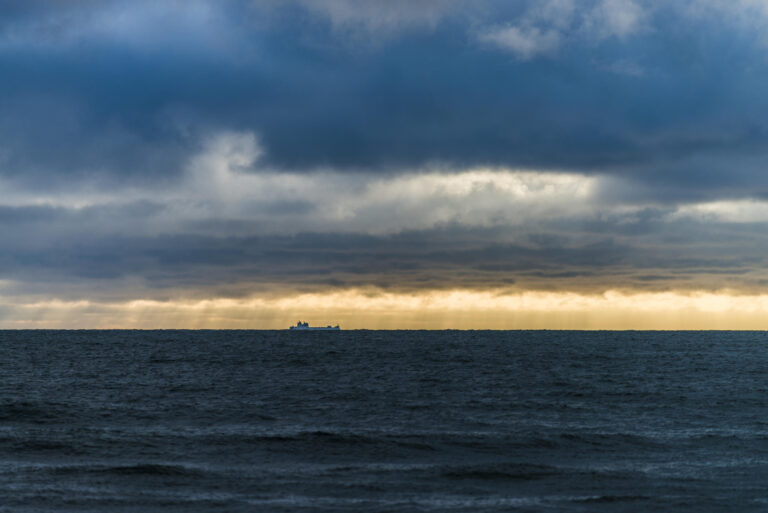 To know is to care